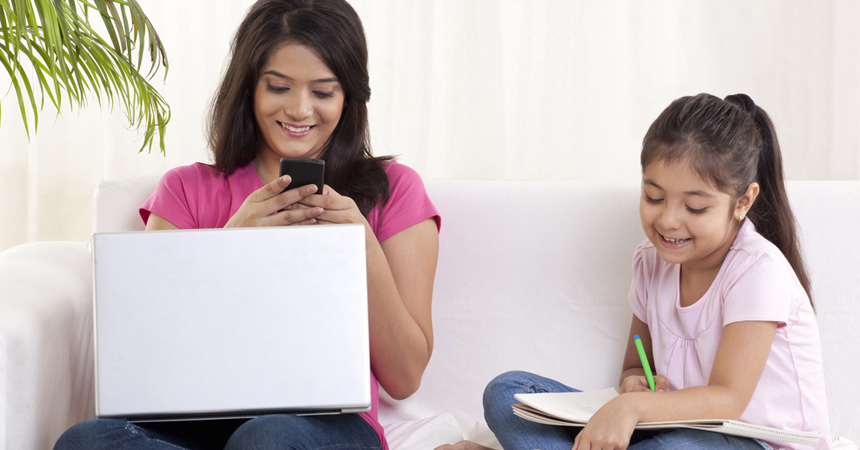 The advance of technology has seen a major shift in today’s parenting – more and more harried parents are using their smartphones and/or tablets as a tool to keep the children entertained, and hence quiet. This is a method that all modern parents use, whether the parent is single or not is likely not going to make a difference. While it is tempting to distract your children with technology, it is not always a wise thing to do. Even if the device is dishing up some educational material, it might not be doing your children any good.

Here are 6 reasons why you should not replace your presence with a tablet or a smartphone.

The criterial years are between birth and the age of three. During this period, your child’s brain develops rapidly and is sensitive to the environment around him. Stimuli from the real world, i.e. your interaction with him is crucial to build the permanent foundation in the brain for later life. Such stimuli cannot be found on a tablet or smartphone. If a child is introduced to the devices too early, his early development can be stunted, causing irreparable damage to his life forever.

As smartphones and tablets are the ultimate shortcut tools – they spoon-feed images, words and pictures to a child without them having to think – your child is not encouraged to do any form of thinking. For example, a mother who is reading a story to her child not only spend quality time with her child, she is also helping the child to process her words, imagine complete pictures and think of the story line. A child who is getting his story from a tablet or a smartphone will be fed with the words, the pictures and the storyline – all without any efforts from the part of the child. Their own cognitive development remains weak because the device is thinking for them.

3) The electronic device prevents social interaction in a desirable manner

Spending too much time on tablets and smartphones also reduces the opportunity of the child to interact with his parents, his siblings and his peers. Reduce human interaction in early childhood means that the child is not schooled in empathy, resulting in his inability to correctly read non-verbal cues. Such deprivation or the lack of development of empathy during the formative years will dulled his empathetic abilities, possibly for good.

You do not want your child to develop a need for immediate gratification early on in life – that will be a real disaster. Unfortunately, the smartphones and tablets are the surest ways for you to encourage such a development in your child if he becomes overexposed to the devices early on. Your child gets an immediate response from the device with a swipe of a finger, signalling to him that all actions have an immediate effect, and all stimuli elicits a quick response that is almost always pleasant. Too much of such stimuli will make the child addictive to such interactions and encourage him to reject real-world connections with all its ups and downs.

5) The electronic device stops the development of self-regulation

Using devices such as smartphones and tablets to distract, calm or sooth a child whenever they act up is tempting as it can save you a lot of trouble and embarrassment. However, over-usage of electronic devices to calm or distract a child prevents him from learning and developing his own internal mechanism of self-regulation. This in turn, affects his development of social-emotional skills and the child may start behaving badly in public as a form of blackmail to get you to do what he wants.

Many parents introduce the tablet or smartphones to their children with the intention of using interactive educational games to help their children get a head start for formal education. While it is beneficial for your child to have some form of head start, it is not wise to introduce your child to the screen when they are in their formative years. Such early introduction may cause adverse effects such as short attention span, the inability to focus and reduced ability to learn without visual help. 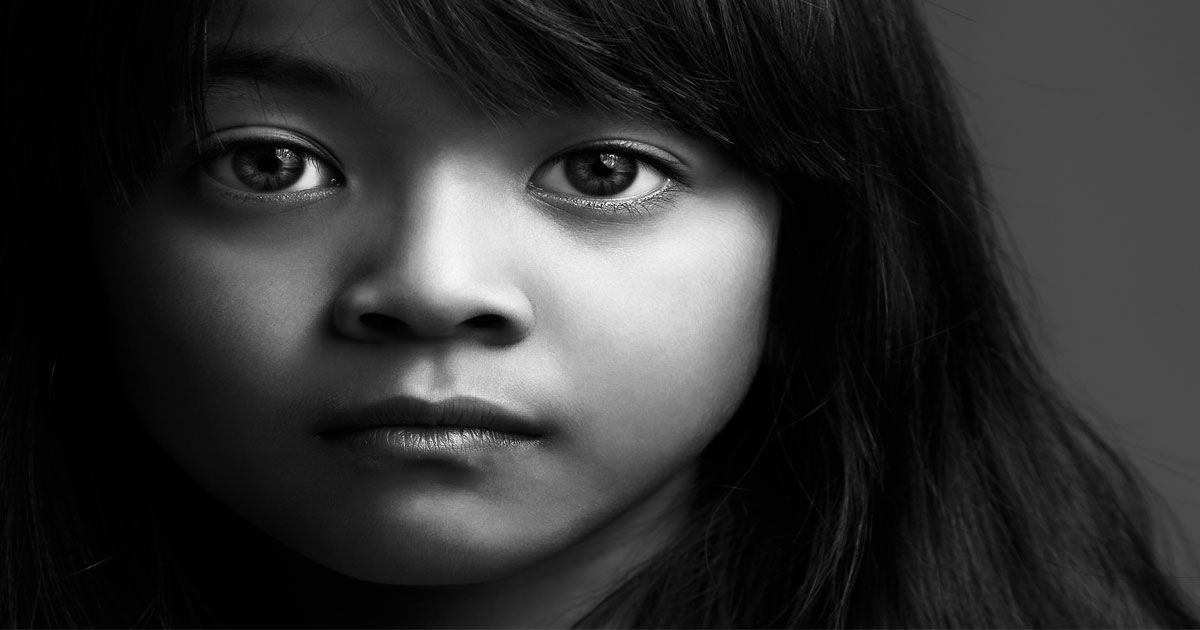 Can You Raise A Child Without A Dad? 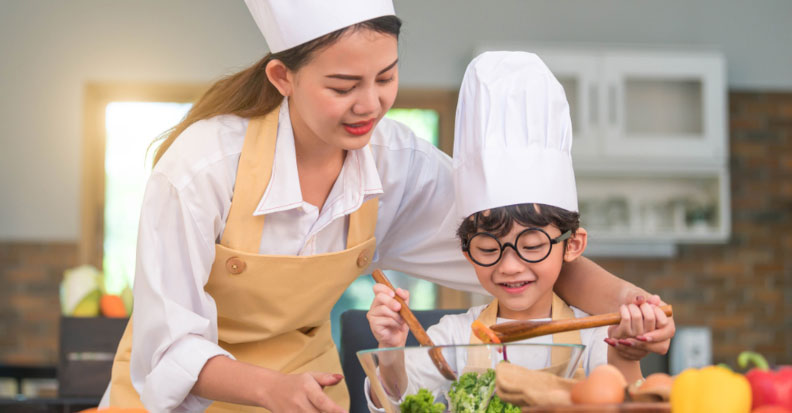 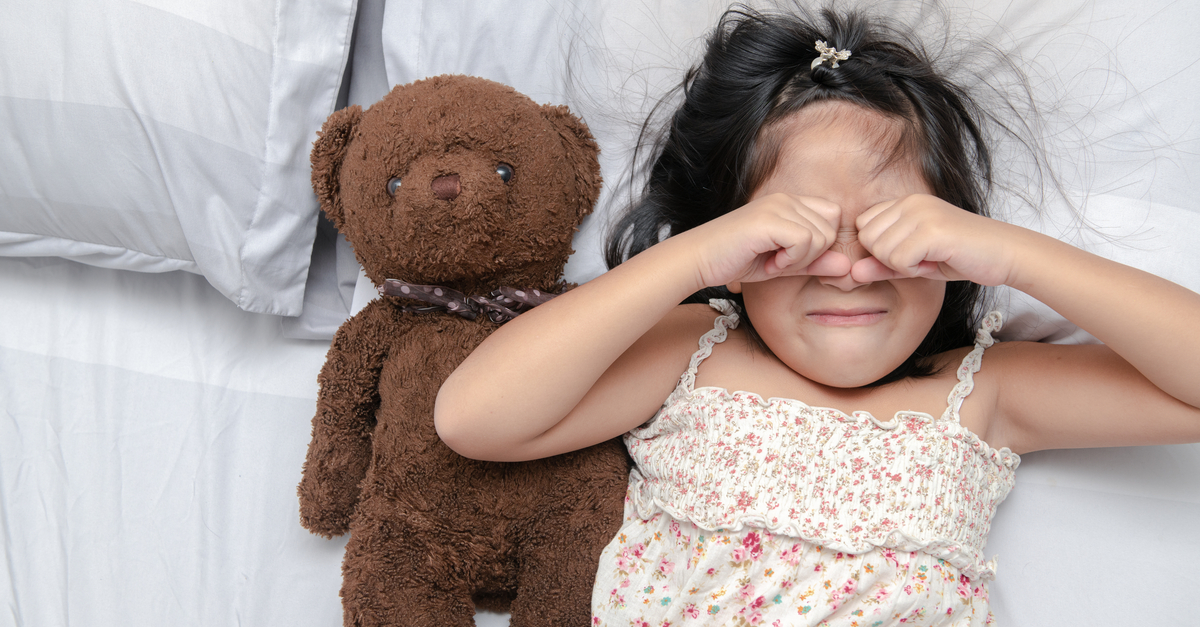 Helping your Children to Minimise Tantrums